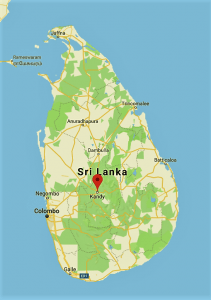 Nestled amidst verdant hills, interspersed by Mahaweli river and the beautiful Kandy lake. First of all, Kandy is certainly the most city on the island and most visited Sri Lanka. The last seat of the Sinhala King… Who ceded power to the British in 1815 after many a battle with the western colonial forces. Indeed, still retains much of old world charm and traditions typical Sri Lankan way of life.
Kandy Perahera is held either in July or August each year to parade the golden caskets is a must-see itineraryif one is visiting Sri Lanka during these months. The final night procession is the most spectacular event in the country. More than 50 elephants parade the city accompanied in the drummers, dancers, and chieftains.
This city established in the 15th century was the last royal capital where 2500 years of royal rule ended. This bustling market town is rich in cultural diversity has plenty to offer to the tourists in songs dances and handy crafts to ancient temples and adventure activities. Kandy is a good transit point to the cultural triangle to the north or hill country to the south.
The city is also a good source of souvenirs or to experience many cultural performances at its various hotels in the city. The cool climate of the hills is a relief after the cloying heat of the lowlands, and the lovely Kandy Lake and the drives around it are set amidst great scenic beauty.
Kandy was a royal capital and the last stronghold of the Kandyan kings against a foreign power, holding out against them for about 300 years. The two main Buddhist Chapters are basing here and formed the last center of independent Buddhist thought during colonial times.

Peradeniya Botanical Garden utilized as the joy garden of the King of the Kandyan kingdom. It was King Wikramabahu who at first kept the court at Peradeniya close Mahaweli River in 1371.

In 1810 a Garden called Kew plant opened in Slave Island in Colombo. In 1813 the garden was moved to Kalutara for the gathering of monetary plants.  which could be developed there on a bigger scale than was conceivable at Slave Island. At long last, the garden was moved to the Peradeniya in 1821 as it observed to be positive. Also better adjusted for the propose Peradeniya Botanical Garden Trees Botanic foundation. 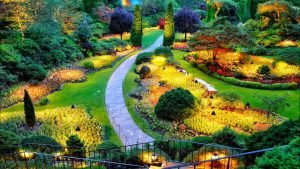 Temple Of Tooth Relic is the last capital of the Sinhala Monarchy the History of which backpedals to no less than five centuries previously the start of the Common Era. The city is encompassing by a ring of mountain reaches and Sri Lanka’s biggest stream Mahaweli Ganga. Today, Kandy is a city of numerous attractions. The legacy of Kandy, Architecture, Sculpture, painting, Dance, and Music, all such social customs are endemic to Sri Lanka.

Kandy remains the home for all categories of real-world religions. Buddhism, Hinduism, Christianity, Islam, and their subdivisions. Buddhism assumes a critical part in Kandy with the two primary Monastic requests, Malwatte, and Asgiriya cliques together with various sanctuaries of the Country connected to them. 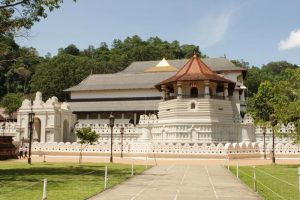 Knuckles is one the mostly Very Beautifull mountain in Sri Lanka. It is an awesome water and untamed life asset. So Adored by voyagers for its excellence Knuckles mountains has turned into a problem area in ecotourism in Sri Lanka.

The Knuckles Mountain Range covers parts of Kandy and Matale. It’s the Central Hills in the Mahaweli Valley toward the South and East and the Matale Valley toward the West. Actually, Its name got from its state of a held clench hand, which shapes a picturesque wonderland. What influences the Knuckles mountain to go novel is the topographical character of its area.

The three properties prescribed for speculative posting, to be specific, Peak Wilderness Sanctuary, Horton Plains and Knuckles Range are all piece of the focal good countries of Sri Lanka. The most elevated crest in the Knuckles go is 1904 m.In specific parts of the Knuckles Range, inside the Knuckles Conservation Forest, the normal vegetation happens as a dwarf backwoods with trees simply finished midriff high. 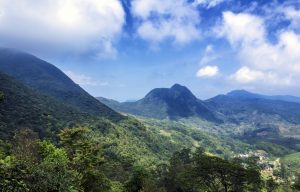 The number of inhabitants in Meemure is around 400 with about 100 or 150 While families. This is yet another general public attempting to keep up their novel culture. The vast majority of the more youthful age is relocating to the urban areas looking for occupations and better ways of life.

As a greater amount of them wind up mindful of the open doors accessible in the city, they seek after the potential outcomes of a more agreeable life, in any event. A great part of the adolescent is discovered working at an article of clothing ventures or joining the military. As tragic as it might be, they don’t swing back to the town and regularly express disgrace to concede they are from such a remote town.

There are a few staple yields that the general population of Meemure relies upon for their occupation. These incorporate, pepper, cardamom, paddy and ginger. A portion of the principal items is flavor and jaggery. Be that as it may, for this situation, staple product scarcely implies that these things are mass-created. It is created in amounts sufficiently only to survive. These yields are for the most part sold to deal seekers to the closest city of Hunnasgiriya. 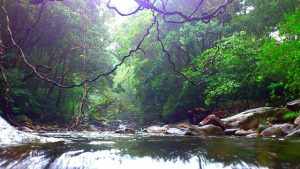 Guests can climb the highest point of the slope for all-encompassing perspectives of the City of Kandy, within Bogambara Prison, and the mountain goes close-by. It makes for some stupendous photos and recollections. The sanctuary of Bahirawa Kanda is open revere. 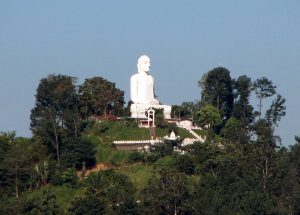 Udawatta Kele Sanctuary is an in the city of Kandy. Udawatta Kele saved in 1856, however just turned into a haven in 1938.  Lastly, Gatherings of school kids and understudies routinely visit the backwoods and the training place for scholastic and instructive purposes. The woodland is likewise extremely famous with feathered creature watchers. 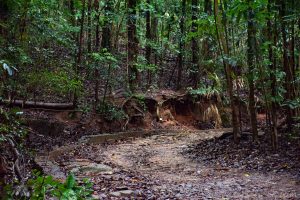 The grounds encompassing the Tea Museum are tea. Kandy is a compulsory stop practically on each traveler’s agenda and the area. It is Ceylon Tea Museum at Hantane upgrades the fascination of the slope nation to guests. Also, its the Peradeniya Botanical Gardens and Loolecondera home, where tea was first developed financially in Sri Lanka makes Hantane the ideal area. 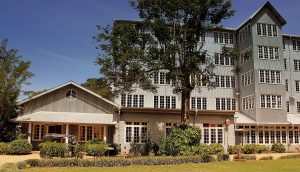 The Pinnawala Elephant Orphanage in Kegalle town.  Somewhere between the present capital Colombo and the old imperial home Kandy. 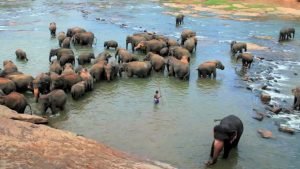