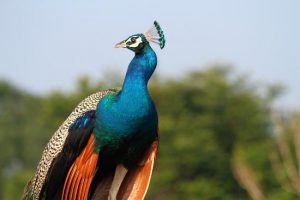 The gateway to Yala National Park is Tissamaharama. A 20 km drive via Kirinda takes the visitors to the Palatupana.  The park provides jeeps with soft–tops which give the opportunity to view wildlife. Dawn and dusk bring about the best timing for Safari. Being located in one of the arid regions of Sri Lanka, the Climate of Ruhuna National Park is usually hot and dry. The mean annual temperature is 27 Celsius, although in the dry season the temperature could go as high as 37 Celsius.

Yala spreads over an area of 1260 square kilometers, only one-fifth of the area is open to the visitors. Indeed, four-fifths of the park is a strictly designated Natural Reserve. Adjoining the eastern border of the park is Kumana. 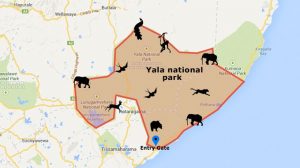 National Parks in Sri Lanka gives the best opportunity to witness Sri Lanka’s broad variety of wildlife. Then, we can see crocodiles, lovely fan tailed peacocks. Although, monkeys, water buffalo and spotted deer. In Addition, leap and chatter, Elephants, and the leopard. A total of 32 species of mammals have been recorded. 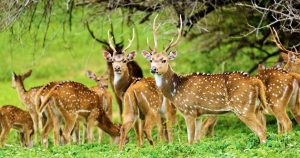 Sri Lankan leopards can see throughout the park, though the best period for enjoying the sights of leopards is from January to July.

Leopards, on the western side of the park, the only one of all five blocks open to the visitors, has recorded the highest density of leopards among the leopard populations scattered in the wildlife parks of Sri Lanka. 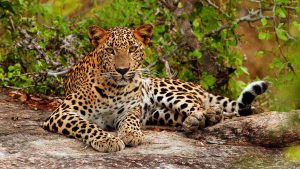 Yala is home to the considerable population of elephants which varies seasonally. Since the dry season of May to August is the best period to see elephants. 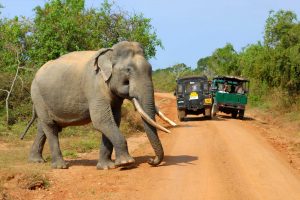 During the north-east monsoon, the lagoons visiting by thousands of migrating waterfowl, including Pintail, Garganey and Eurasian Curlew. Although,  Whimbrel and turnstone, which mix with the residents such as whistling duck and Yellow Wattled Lapwing. In Fact, Red Wattled Lapwing, and Great Stone Plover.  Peacock is the most famous of the birds at Yala. Although, the forest is home to Orange Breasted Green Pigeon, Hornbills, Flycatchers, including Asian Paradise Flycatcher, Barbets, and Orioles. 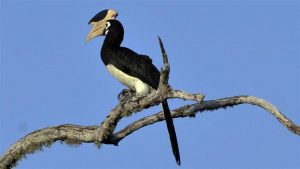