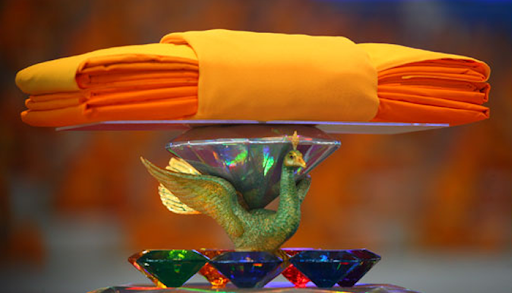 Vap moon Poya Day is an important Poya day with a number of wonderful Buddhist events. The glorious sasanic phenomena such as the Great Asanaya, the Divine Ascension, Sariputta Thera receiving the prerogative of Wisdom, the ordination of the Maithri Bodhisattva, the discipline of the Gautama Sambuddha, the Southern Branch of the Jaya Sri Maha Bodhi are located in the golden shrine. .

The twelve months of the year are divided into three seasons – Hemanta – Summer – Vassana. This means that the first three months of the rainy season are closed for the monks. The monks who lived in this manner are celebrated on the full moon day. As the Blessed One knows, the campaign is carried out in the presence of the saints who have closed their lives together. I am in Sangha. Let Ditjena or Suthena or Wisena be safe. I am ayyasantho, pasanto patricarisamy. Lord, I entrust the Sangha. If you see anything wrong with me during the closure of the vase, if you have heard it, tell me if you have any doubts. If I know that I made a mistake, I will correct it. For the monks who perform the Maha Pavithra in the premises of the Supreme Buddha, which is found only in the Sambuddha Sasana, during the next Chevara month, the devotees of the Upanishads perform the Kඨ චී චීa Cheevara and collect the noble virtues. It is on vapPoya day that the monks who have enriched their Sasana life and the laissez-faire gathering of the laity are celebrated on the full moon day.

The Blessed One visited the temple on the full moon day of the fortnight at the Gandabha tree of Savath Kandy to spend the seventh year up to the great miracle, in order to suppress the dimension of the wicked. In the Pandu Kambala inscription of the kings of the Sadducees, the mantle of the maternal divine king insulted the chief priests. At the end of the preaching, the eighty-two gods realized Nibbana. Zoan was also the maternal divine king.

The full moon day of the vap has arrived. The Buddha who lived in Tauthissa for three months continued to worship Dambadiva Sankasapura in the midst of the Divine Brahma. On the full moon day, on a full moon day, the Buddha’s rays are spread out with the Buddha’s body, and the Buddha’s body is enlarged. Sariputta, the chief of the Dharma Senaprakas, saw the wonder and worshiped the sacred feet of the Almighty, and said that this is the first time he has seen such a Buddha.

Most of the people who were very impressed by the liturgy of the Apocalypse were ordained on the Sambuddha Sasana. Sir, Maithree Bodhisattva who listened to the Dhamma of the Buddha and Sariputta at the Nara Maha Sangha, was greatly impressed and became ordained by the Gautama Buddha. In the Mahabharata, when the human life span was eighty thousand years, the Mahathir Bose, who attained enlightenment, was ordained on the full moon day.

King Devanampiyatissa who rendered a great service for the advancement of the Sambuddha Sasana asked the Venerable Thero about the establishment of the Sambuddha Sasana in the island. The Emperor, the Order of the Order. But it has not yet taken root, ”he said. The king further inquired, “If a child born to Sinhala parents in this Hela Diva can study the discipline of the Buddha and perform the discipline on this island, then he will establish the Buddha Sasana.” Explained All these qualifications were attributed to the first Sinhala Arahant, the Most Venerable Thera. Therefore, in the Thuparamaya Stupa courtyard of the Arahant Mahinda Thera, the Sinhala Maha Saints, led by Araitta thero, chanted the vap Poonho day. At that moment, the earth was shaken with joy, rooted in the Sambuddha Sasana of Sri Lanka.

King Devanampiya Tissa, who ruled the kingdom of Sri Lanka, listened to the blessings of the Arahant Mahinda Thera, who was very bright in the Buddha Sasana. it was. Accordingly, the Chief Minister of the country is one of the main missionaries