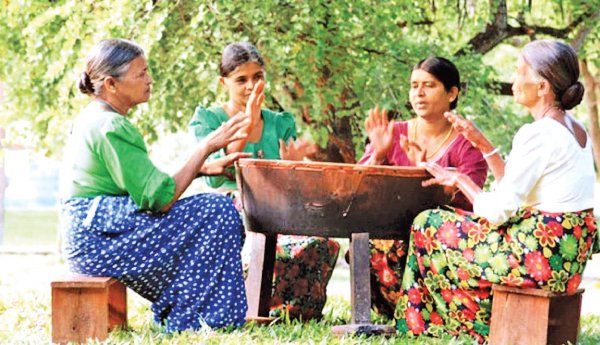 its a public holiday in Sri Lanka and usually celebrating on13th and 14th of April. traditionally begins at the sighting of the new moon.

according to Sinhala astrology, the new year begins when the sun moves from Meena rashiya to Mesha rashiya. it also marks the end of the harvest season of spring.

bathing for the old year

Dawn of the new year

Anointing the head with oil