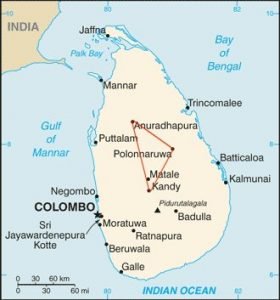 Six are cultural and the other two is natural. We can see kandy, Sigiriya, anuradhapura, polonnaruwa, galle datch fort and dambulla.  In Sri Lanka history going back (Rawanas period) to more than 8000 years. But in the island between ANURADHAPURA POLONNARUWA and KANDY city’s is Cultural Triangle area. including Northcentral and central provinces( Dry Zone). 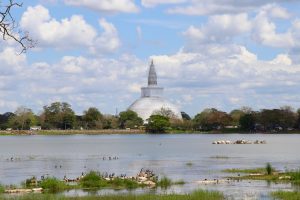 North central side Sri Lankans was known as “RAJARATA” (its mean king’s land). In addition, here the monarchy system starts from Anuradhapura kingdom. Sri lLanka1st kingdom or one of the most duration capital was in Anuradhapura. (2nd century BC to 11th century BC )

Boundary lines of the Sites are marked and maintained by the UNESCO World Heritage Committee. Legally these areas protected by international treaties.

Then, Polonnaruwa as the 2nd capital of Sri Lanka. Who is the king Vijaya Bahu, he selecting Polonnaruwa as the 2nd capital in 1070 AD. 3rd Dambadeniya Kingdom ruler from King Vijayabahu III 1232 AD to Parakrambahu III 1293 AD. Kurunegala Period of rule from Buvanekabahu II 1293 AD to Vijayabahu V 1341 AD. Gampola Period of rule from BuvanekaBahu IV 1341 AD to BuvanekaBahu V 1408 AD. Kotte Period of Rule from Vijayabahu 1408 AD to Don Juan Dharmapala 1597 AD. 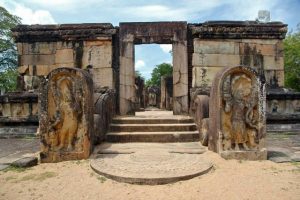 1506 to 1658 AD -The period during which the Portuguese ruled the Maritime Provinces of Sri Lanka, without the Kandyan kingdom

1658 to 1796 AD – The period during which the Dutch ruled the Maritime Provinces of Sri Lanka, except the Kandyan kingdom

[toggle title=”Follow are the Cultural triangle inks to see”]