This is the capital city of Srilanka. it’s a commercial hub, there are 1.8 million people in Colombo out of 1 million people daily comes here for various purposes while most of them are coming for their job. And the rest is residing in Colombo. And over 500 000 thousand vehicle daily enters to Colombo.

Then, This city continued to grow under the Dutch and British, and today shows the marked influence of all those cultures from the Islamic mosques, the Catholic, Dutch Reformed and Anglican church… Finally, the biggest commercial city is Colombo.

Srilanka is importance as a trading port increased. Actually, after the arrival of the Portuguese to the Island in the early 16th Century. Then, around one million residential people living this part in the island. Because this city is the multicultural city. mostly Sinhalese, Tamil, Muslim and Christine living in Colombo. about half of million peoples they are the move to daily. 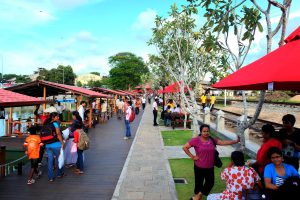 In Additions, Srilankan riders we are organizing city tour for you likewise withing half day normally can cover the whole city.

Below is our city tour sector, anyone interest to explore around Colombo city tour book with us. Then we will make customize tour plan Below for you 24 x 7 hours.

So, what we can see in this City? It’s including,

What are the included and Excluded likewise on this tour??

All transportation service whole around this tour

All the highway & car parking fees

Bottle of Mineral water & Snacks packs during the tour.

See the best places to visit in Colombo with a plan including Sri Lankan Riders - Holiday & Tours
//nessainy.net/4/3684572
× How can I help you?
Loading Comments...
Comment
×